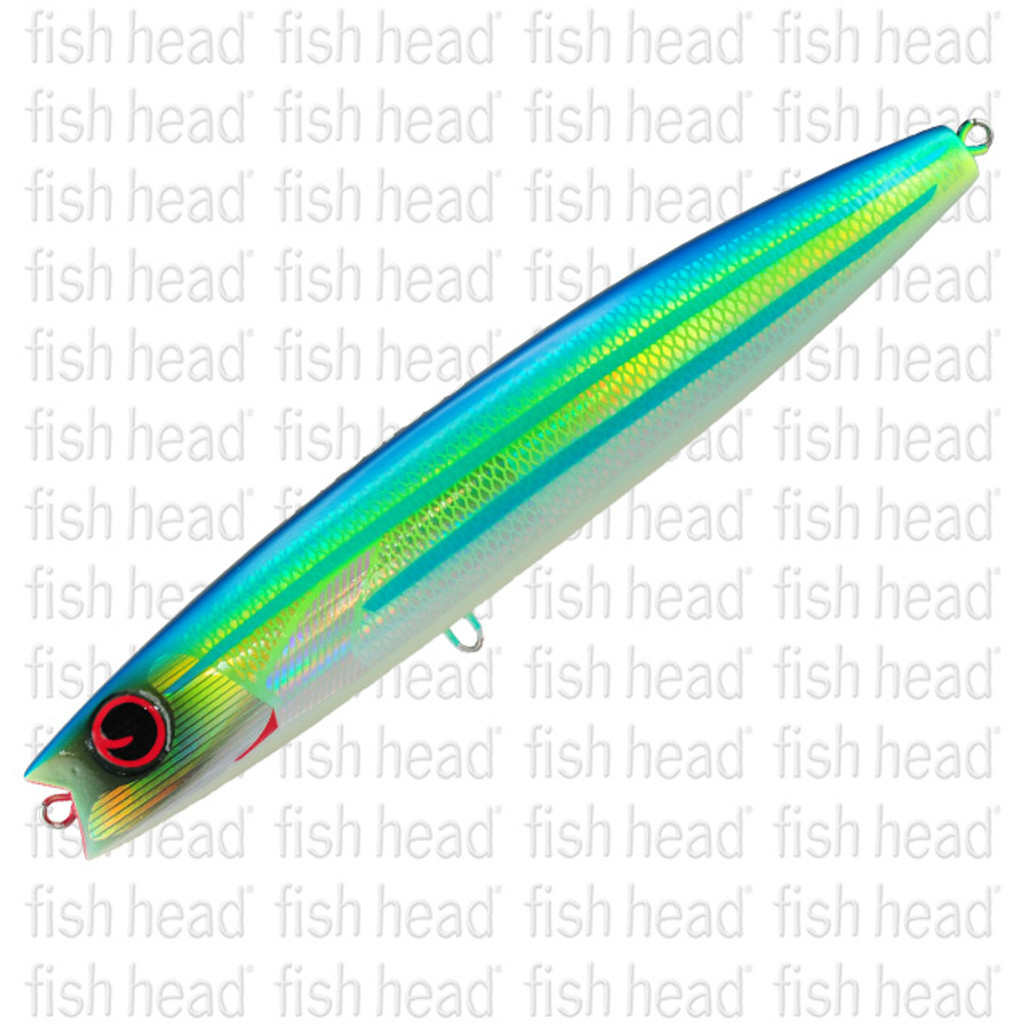 For the days when bigger is better!

The CSP series from FCL Labo have earned an enviable reputation as being some of the best stickbaits on the market. The 300 model is the biggest in the range and was designed for catching Monster Class GTs. It is a buoyant surface stickbait that has a nice walking action when twitched and will swim with an 'S' motion with a long sweep from your rod tip. Thanks to the broad sides of the CSP, the scale pattern reflects a lot of light producing nice flash to attract massive predatory fish. This lure can draw bites from down deep and some days we have even seen GT's turn away from other lures to chase down the monster CSP.

Due to the size, this is not the kind of lure that most anglers will use all day long. However for those willing to toss this massive bait, there can be some huge rewards!