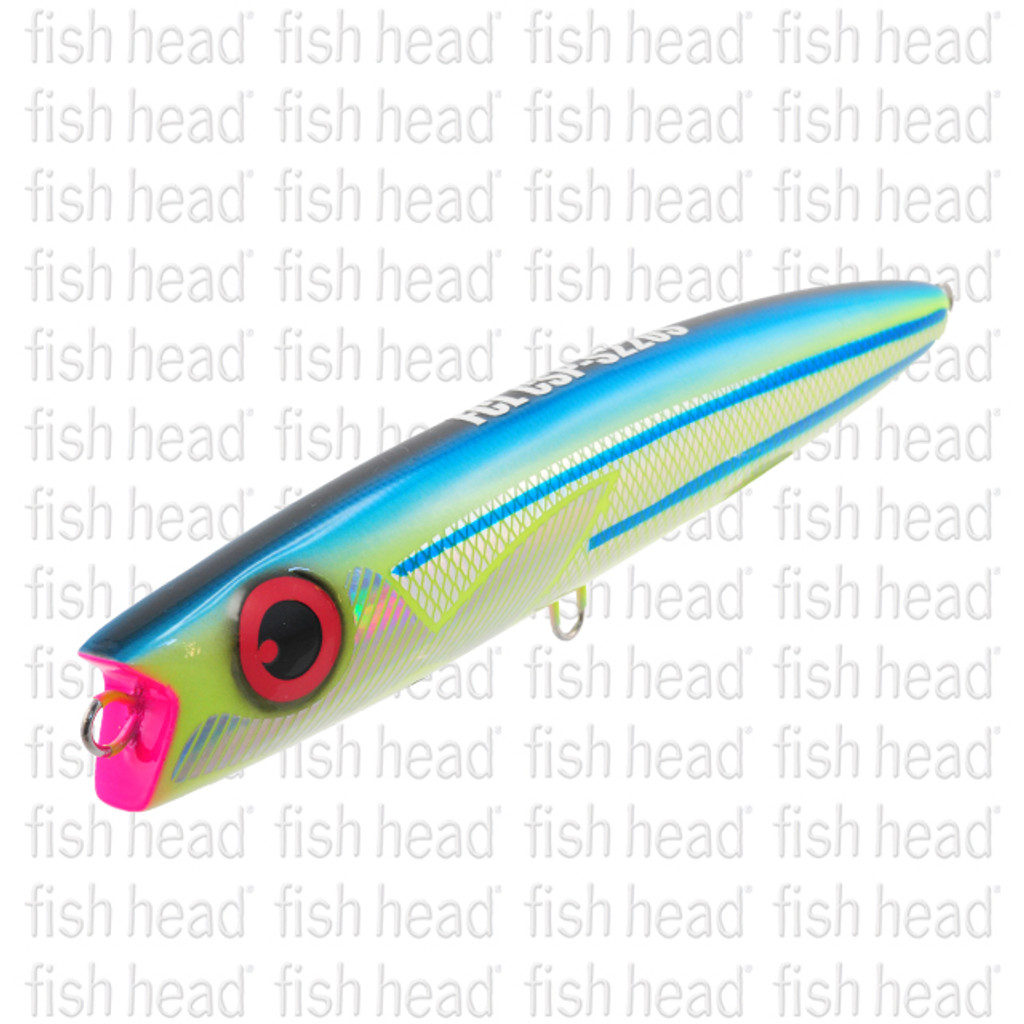 The FCL Labo CSP S220S has been the stickbait to have over past few years. With a host of great captures to its name it is no wonder its a personal favourite of many anglers worldwide. Originally built as a floating model we had a sinking version built and it has not disappointed! The chiseled face on the CSP produces one of the best sub surface walk the dog actions we have ever seen in a GT stickbait. Long slow sweeps, fast twitches and rips all work great. It can also generate a skittering action when worked fast on the surface, . Even on a straight retrieve the CSP will wobble seductively side to side enticing kingfish and GT's to take a bite. Proven from the Great Barrier Reef to Socotra and the topwater kingfish heaven that is Tauranga, the CSP S220S is definitely a must have in the kit!

If you are looking for a lure that is easy to swim, no matter the retrieve or sea conditions and just straight up works on all sorts of monster fish, then this is a must have lure!