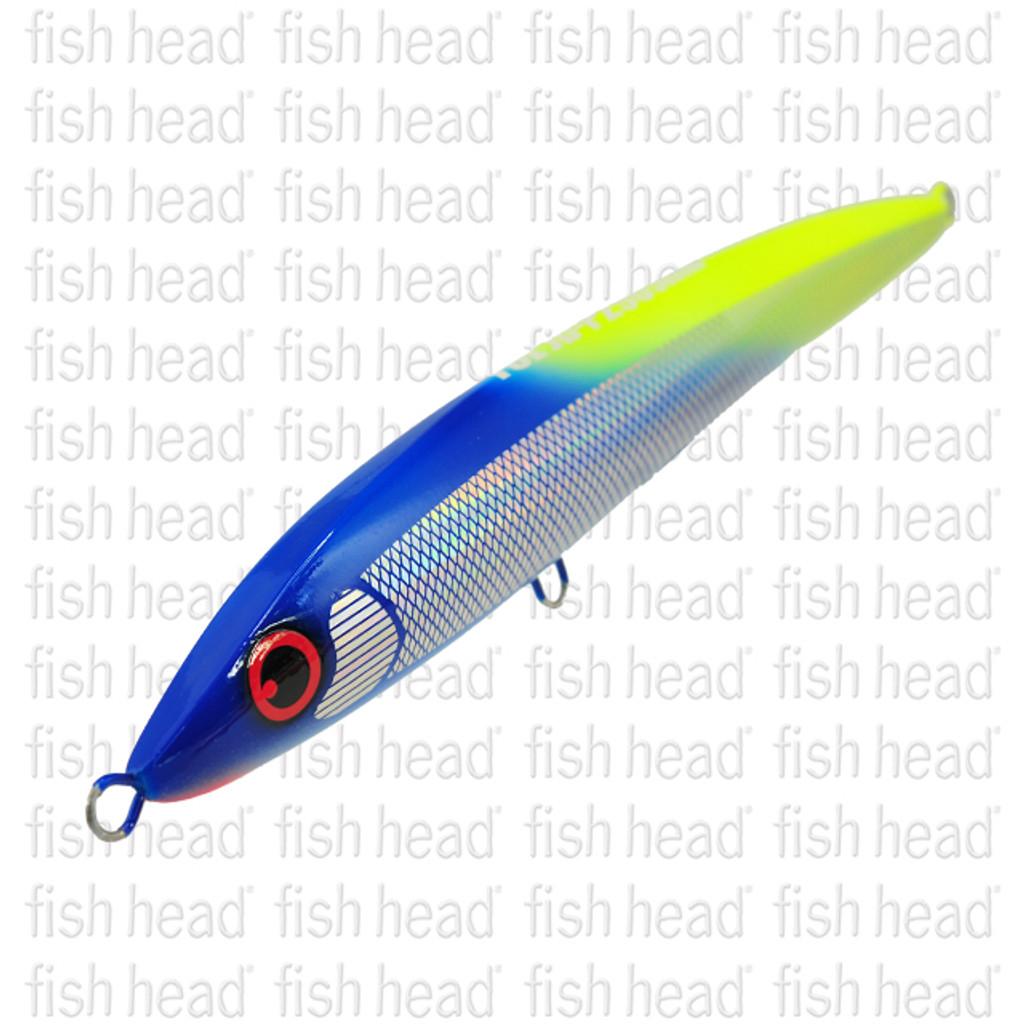 The JD-P 290 Slim is a long slender floating stick bait designed for chasing the largest of kingfish. A long slow sweep of the rod will produce a nice lazy roll through the water.

As well as kingfish the long profile will entice bites from Spanish mackerel among many other large pelagic species.

Due to it's long skinny profile and at only 110 grams it allows you to throw a large lure with relatively light tackle.